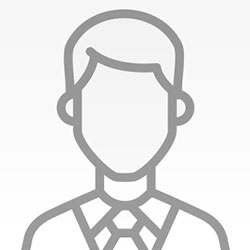 DANIEL SPRATT
Dan Spratt, MD, is a leader in Prostate and Spine malignancies. In addition to his medical training at Vanderbilt University where he obtained his medical degree, he completed his Radiation Oncology Residency at Memorial Sloan Kettering Cancer Center. In the Department of Radiation Oncology, Dr. Spratt is the Chief of the Genitourinary Radiotherapy Program, Associate Chair of Clinical Research, and the Laurie Snow Endowed Research Professor. In the Rogel Cancer Center he is the co-Chair of the Genitourinary Clinical Research Team and co-Director of the Spine Oncology Program. He holds leadership positons in the NIH U-10 LAPS cooperative group trial efforts and Prostate Cancer SPORE. He is the head of the Intact Prostate Cancer Subcommittee within the NRG Genitourinary Core Committee for national clinical trials, and a committee member for the NCCN Prostate Cancer national guidelines.
Dr. Spratt has received funding from the National Institutes of Health, Department of Defense, and multiple other funding bodies and foundations for his research. He has published over 250 papers primarily on the topics of prostate cancer and prognostic and predictive biomarkers. He has developed widely used clinical and clinicogenomic models for prostate cancer, multiple of which are cited in the National Comprehensive Cancer Network (NCCN) guidelines. He is the PI of >10 prostate cancer clinical trials including as co-PI of the multinational randomized phase II BALANCE trial (NRG GU006), North-American PI of the STAMPEDE Arm M phase III trial, national PI of the ASCLEPIUS multicenter phase I/II trial, multi-center co-PI for G-MAJOR randomized phase III trial, and multiple institutional trials. His laboratory focuses on the interaction of androgen signaling and DNA repair in prostate cancer and methods to overcome radiation resistance. FABIO YNOE DE MORAES
Fabio Ynoe de Moraes is an Assistant Professor and clinical faculty in Radiation-Oncology at the Queens University and Kingston Health Sciences Centre. Dr. Moraes is a Brazilian graduated and trained Radiation Oncologist (Hospital Sírio-Libanes (HSL), São Paulo, Brazil, 2015) who moved to Canada in 2016 for a 3 years fellowship at the University of Toronto (Princess Margaret Cancer Centre). During his career, he performed high level clinical and research activities at the Princess Margaret Cancer Centre and the Memorial Sloan Kettering Cancer Centre (NY USA). Dr. Moraes has more than 60 published peer-reviewed articles, including high impact journals such as Lancet Oncology, Nature Biotechnology, New England Journal of Medicine among others. He has been awarded multiple distinctions including being a young leader of the National Academy of Medicine of Brazil and also a young leader of the Union of International Cancer Control. Dr. Moraes is an associate editor for the Journal of Oncology Practice (ASCO) and a clinical advisor for the Cochrane Collaboration (UK). Finally, Dr. Moraes research focuses on understanding treatment and response assessment after radiosurgery and stereotactic body radiotherapy for lung, spine and brain tumours.